BLOG Here are some topics that have been on our mind lately.

The webactually team just came back from the “Future of Web Design” conference held in London, this past May 17th to 19th. We sent our designer, and front end developer, and it was a nervous time for all of us there. We thought the Iceland volcano might go off again, but fortunately, we were able to come back safely.

What we came back with from this conference is a reminder that we cannot let global web design trends pass us by. Webactually, in partnership with all of our clients, will try our best to raise the standard of quality we bring. In an effort to show that quality upgrade, we’ll be posting about what we learned and felt throughout the conference over the course of four blogs.

We hope you all enjoy ^^

Part 3 : : “How to Run a Successful Web Design Business” by Headscape’s co-founder Paul Boag – Most helpful to webactually’s direction and goals. 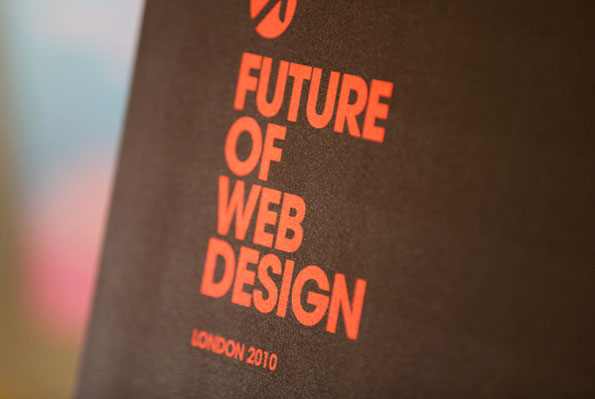 ‘Future of Web Design‘The ‘Future of Web Design’ conference always holds a conference on the topics that our web designer and front end developers deal with. This year’s conference was on HTML5, CSS3, jQuery, UX, design, and business. For all the fields we went to lectures, workshops, design clinics and various other events of the leaders in those fields. We packed all of this into a tight three-day schedule.

We attended the conference hoping to get a great experience and learn a lot, but many new and surprising things crossed our paths during the conference.

Starting from the days when the words “web designer” were still unfamiliar, There were two men who made me feel so small and embarrassed even after having worked as a web-designer for such a long time. Brendan Dawes and Joshua Davis. Just to hear their sessions with my own ears, say a brief hello, and just know that we are in the same room together, I had already achieved half my goals this conference! 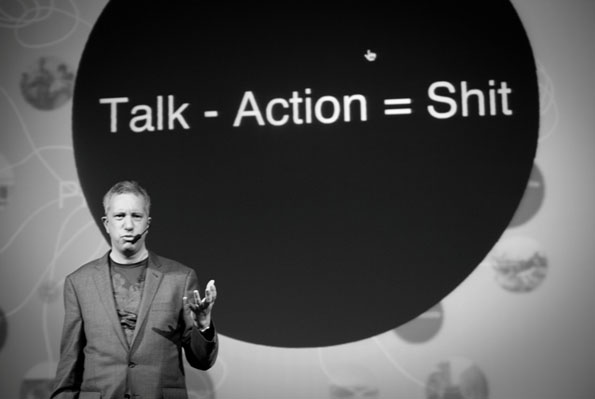 Although I missed Joshua’s workshop to attend Paul Boag’s workshop, I was resolved to hear Brendan Dawes’ session and his creativity. The key to his creativity comes from having fun while working which is to find meaning even from the small things in life (like the ‘wife’s bag’), to shape them into work, and so to create.

The secret to their genius creativity of making art by mixing design with technique, is to enjoy the process while creating

Who says the English are slow to change?

This year’s hottest issue is HTML5 & CSS3. Before the start of the conference, they asked everyone: “Those who currently design with HTML5 and CSS3, please raise your hands.” About half the people in the room raised their hands. Our front end developer who went me to the conference said, it would be hard to count on 10 fingers the amount of people in Korea who do this!

This Day, Dan Cederholm‘s session – title “How to Get Started with CSS3”demonstrated, through the demo website : Things We Left On The Moon” that with CSS3 there are many ways to express transforming, animation, and transparency. It was a lecture that even inspired a designer like me to learn the simple coding of CSS3.


Opera’s Bruce Lawson also showed us a live coding demonstration of how to put a video directly in a page without Flash or Silverlight, starting with very simple doctypes preparation, and HTML5 Validate.

The English are impervious to change. The English “choosing the old and bad over the new and good.” But their strength is that they are very rational. They think “in order to deliver information on the web, we have to be able to offer the application’s functionality while sticking to the basics.” The reason they have a big interest in HTML5 is probably because they think, “finally, the time has come to change the standards of the web.”

There’s No Wall Between Us 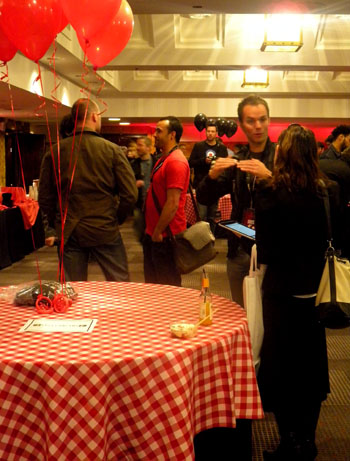 Another surprising thing we saw from this conference was there weren’t any speakers that presented and just disappeared like you see in Korea.

All the speakers from the conference are best in their field. They write books, give lectures, and work on several global projects (actually, I’m more curious as to how they work on so many things than the future of the web!).

However, during teatime, lunch, and even leading up to partying in the AM hours, they didn’t just leave, they socialized with people, went back and forth with their opinions, delved into deep discussions, and they did not hold back on their advice.

It seemed like the speakers didn’t see this as work and were having fun like the rest of us. Maybe it was because they also knew that it’s hard to find a place where all the people have common interests; there’s code speak; and no matter how casually you badmouth your worst clients, you’ll find good conversation.

The A-Z lecture on how to creatively and successfully grow a web design business from the cheerful Paul Boag, along with the talk on iPhone interface design that went down to the most minute details from the beautiful Sarah Parmenter, were especially helpful 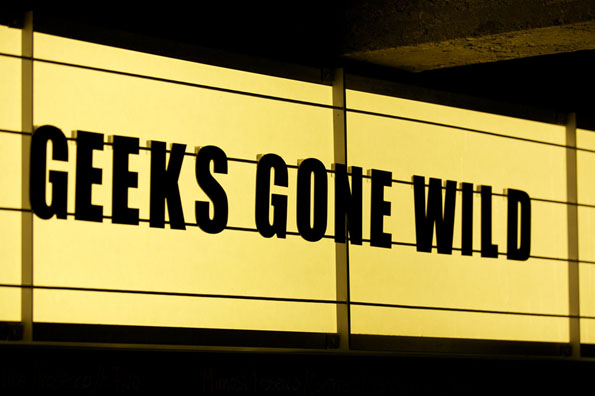 It’s widely assumed that developers stay in small rooms working in the wee hours of the night, without any contact with people. But most of the people I met at the conference were all quite sociable, ceaselessly trying to communicate, getting some information, and advice, while using their smart phones and apple laptops.

Instead of exchanging business cards, they would exchange twitter or facebook ID’s on their smart phones, confirm their pictures and immediately become a follower. This is the way they build their relationships. This is the reason why there’s been such an increase in so many non-Korean webactually twitter followers. 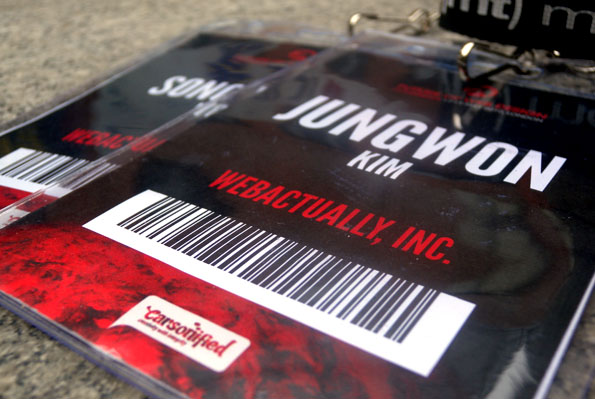 The co-author of “CSS Mastery”, Simon Collison(colly.com) who speaks every year at the conference, made the assessment that the conference this year – the speakers, program, location, food, networking, all aspects of the conference – was the most fun, and most well prepared conference. Of course it was great fun to talk with people, as well as everything else. He mentions that he loved everything about it on his blog.

After the conference ended, I felt empty. For three days, I was so busy absorbing information, networking, laughing, having fun, learning and being inspired together with people, I could still see them in front of me. The next day, waiting to go from Heathrow to Seoul, every spare moment I had, I checked my twitter to say hi to everyone, now back on his or her separate path home. While reading the messages I got from all the people I met, the emptiness I had was soothed. The one thing I knew for sure is that everyone will miss the time spent, just like me.

Tip! How to feel like you were just there!

Go to twitter and search using the hash tag #fowd to see a timeline of events. You can get a vivid and detailed report of what happened. Feel like you were there!

Special Thanks to Stefan and Marc

for allowing us to use their wonderful photographs on our blog.